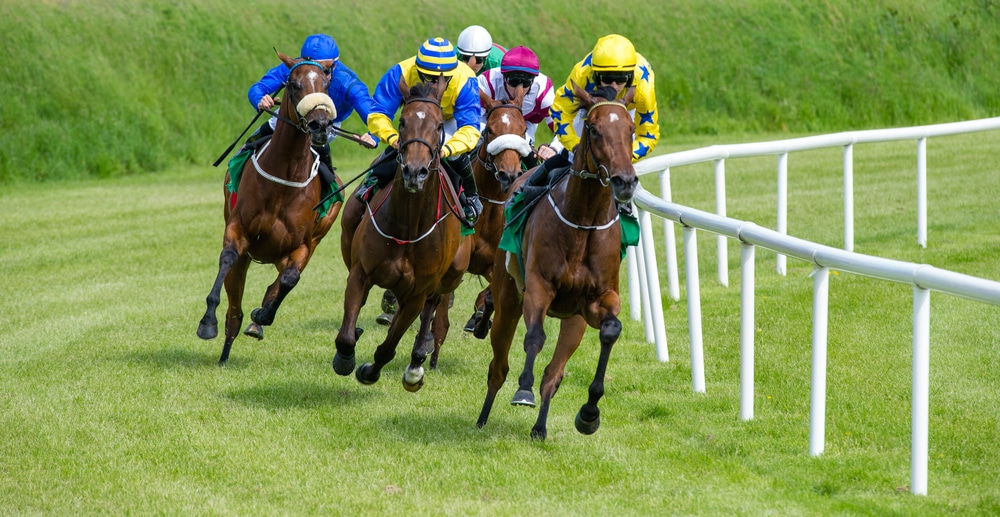 Ranking the best horse racing derbies to bet on

Horse racing is said to be one of the best avenues for betting, and no one can deny the fact that it is clearly a favourite among the masses. With a lot of horse racing derbies out there, punters can never run out of options when looking for a market to bet on.

Over the years, horse racing has been a top pick in betting aside from mainstream sports. So far, horse races have been fun to watch, and one can even say that there are even certain horses that have become so lovable to many punters.

For starters, there are a lot of sites that offer horse racing, such as Sportsbet. There are even punters who try to go for different wagers when it comes to races, which means that they can make the most of their chances aside from the actual race wagers.

With Bitcoin sports betting now rampant, it would be easy to try out different horse racing derbies. Crypto owners, especially Bitcoin, can now enjoy the perks of betting on horse races without the hassle or need to convert their coins into fiat. That says a lot about the reach of horse racing bets in the years to come.

Here are the best horse racing derbies to bet on:

The Kentucky Derby is the most popular horse racing derby and it is known for its fast-paced race. Also known as the ‘Run for the Roses’ where winners are draped in a blanket of those flowers, the race serves as the first leg of the American Triple Crown.

The Dubai World Cup is seen as the most valuable race on World Cup night. This race is open to Southern Hemisphere three-year-olds and up, and Northern Hemisphere thoroughbreds that are at least aged four take place on the same card as the Sheema Classic.

First held in 1996, horses join this big race every last Saturday of March at the Meydan Racecourse, Dubai, United Arab Emirates for a prize pool of $12,000,000. Thunder Snow became the only dual winner of the Dubai World Cup in 2019.

Prix de l’Arc de Triomphe is clearly the most famous horse race in Europe. The Arc has a century of history behind it since the 1920 inaugural race. This race is open to three-year-olds and up but does not allow geldings to enter.

A wide array of Fillies and mares have a particularly good recent record in the Arc. As of 2018, eight horses are dual winners of the race. This race is held every first Sunday of October at the turf surface of the Longchamp Racecourse, Paris, France for a prize pool of $5,600,000.

This two-day race is unique in global horse racing. It is held in a different venue in North America every year. It is now one of the most famous horse races after first taking place in 1984. It’s a weight-for-age race open to three-year-olds and up. Tiznow is the only double Breeders’ Cup Classic winner.

The Breeders’ Cup Classic has a prize purse of $6,000,000 on a dirt surface, and jockeys would love to take their chance at this big race to get a winning track every first Saturday in November. The race is also known for its tight finishes in the past few years.

The Dubai Sheema Classic stands as one of the most valuable turf races in the world, first contested in 1998, but entries into it depend on where a horse comes from. Horse racing in the Middle East is beloved by Sheikhs and Princes throughout the region, and this race is one of the grandest of them all.

Held every last Saturday of March, the grandstand at Meydan Racecourse is filled with over 80,000 fans who would love to see the 2,400m race for a prize pool of $6,000,000. Horses all over the world have to undergo screening before they are allowed to join in the contest.

The Grand National is known to be one of the oldest horse races out there. In 1929 the Grand National saw a record 66 horses line up for the race. The smallest number came in 1883 when only 10 took part. The 2019 edition saw almost 10 million people watch the race, six years after it was first televised.

This race is held every second Thursday to Friday of April in Aintree Racecourse in Merseyside, England. It is also one of the longest races on a turf surface with a distance of 7,242 metres for a prize pool of £750,000.

The Melbourne Cup is known to be a race that stops a nation thanks to its huge fan following. First contested in 1861, the Melbourne Cup has a long history and gets targeted by horses from all over the world. There is a handicap for three-year-olds and up with weights set by the Victoria Racing Club in this race.

The race has a prize pool of $5,300,000 and runs for around 3,200 metres at the Flemington Racecourse, Melbourne, Australia. Fans are keen to see the turf race every first Tuesday of November, making it a hyped race to bet on.

The Saudi Cup is known as one of the world’s most lucrative horse racing events with a purse of $20 million, with $10 million going to the 1st place winner. A lot of bids are awarded to the top three winners of the Pegasus World Cup, and Saudi Arabia pays for the travel, accommodation and horse care too.

Held every last weekend of February, the Saudi Cup is watched by a lot of fans in the King Abdulaziz Racecourse, Riyadh, Saudi Arabia, which is one of the shortest dirt surface tracks in the country. This is one of the most wagered horse racing derbies on popular betting sites such as Sportsbet.With a lot of online betting sites now allowing Bitcoin sports betting, it is safe to assume that these races are always seen as the top ones to watch out for. After all, there is more to expect on how punters would love to get the best wins in these horse races.

2022-04-06
Previous Post: The best altcoins in the crypto market
Next Post: Top four crypto wallets to keep your coins and tokens